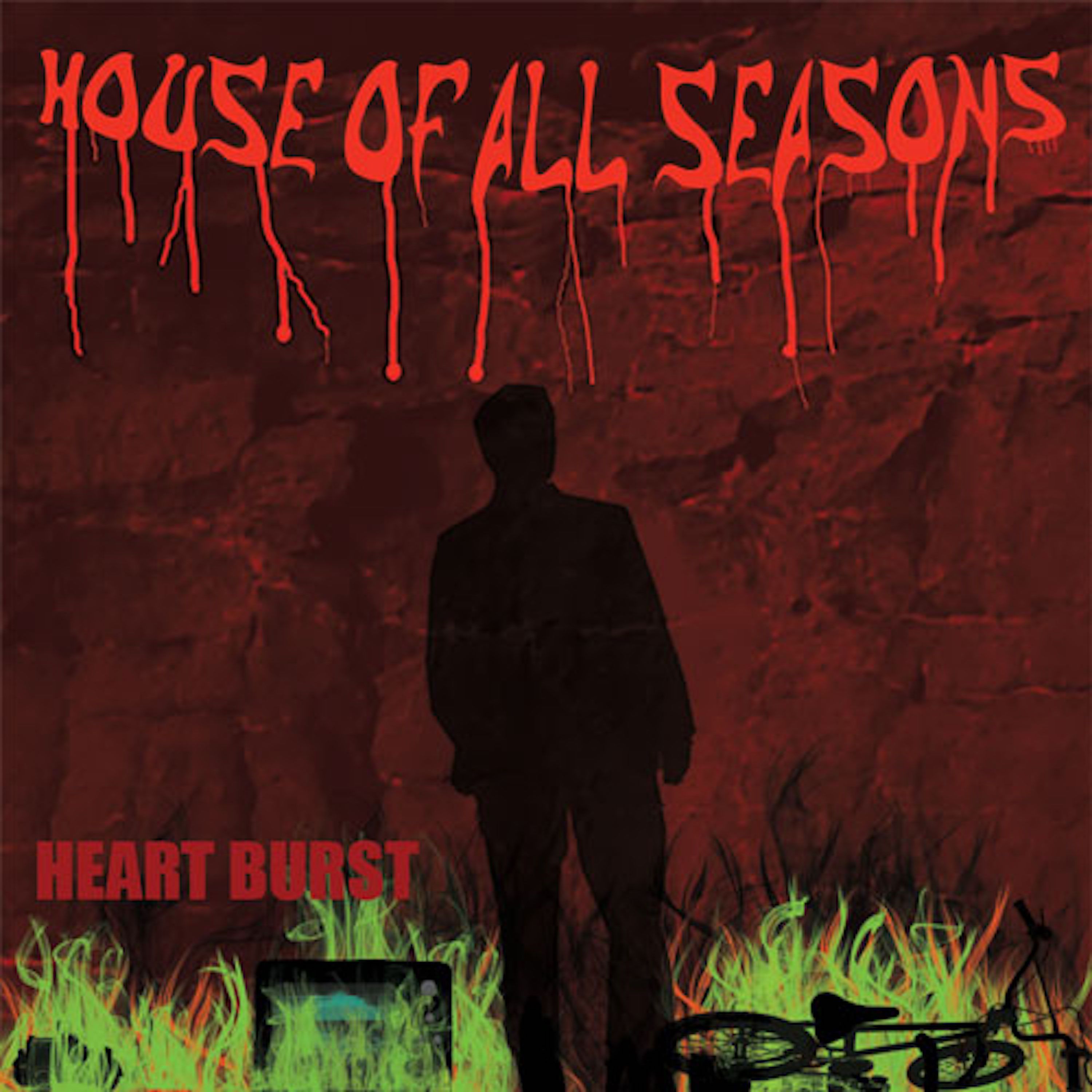 July 1, 2022 It's here! The 3rd House Of All Seasons EP "Heart Burst" is available now to download from all streaming and download platforms. I am very proud of this EP, it is the most focused, best sounding and most honest music I've recorded so far and I'm excited to hear what you think of it. It's a bit harder edged than the earlier HOAS projects, influenced by alt rock and grunge artists like Nirvana,The Smashing Pumpkins, Radiohead, R.E.M and others in that ilk but it still retains the melodic and psychedelic influences of Pink Floyd and later period Beatles. Over the next couple of weeks I will be adding pages talking about the lyrics and subject matter of each song and more information about the recording of the EP. Click on the link below to start listening! 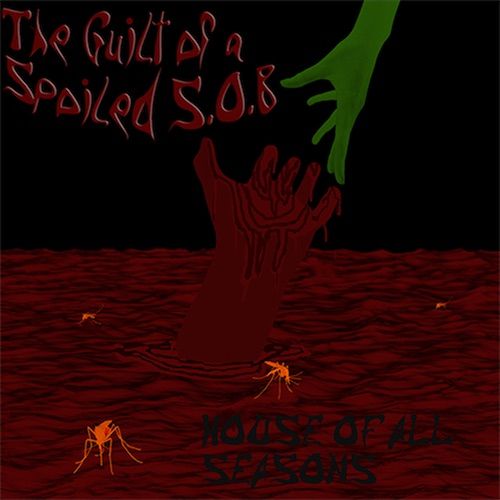 June 3, 2022: The new HOAS single and accompanying lyric video "The Guilt of a Spoiled S.O.B" is now available to stream and download on all major streaming platforms including Apple Music and Spotify! The song is a blistering alt rock attack on hypocrisy and also recognizing the need for self growth. The single's artwork represents a drowning guilty man (represented by the red hand) reaching for a healing hand (the green hand). I hope you enjoy listening to the track as much as I enjoyed recording and performing it. It's a loud one so TURN IT UP! Link below!

5/13/2022: Happy Friday everyone! I am happy to announce that the 3rd HOAS EP "Heart Burst" will be released on July 1, 2022 on all digital platforms! I am very proud of this EP, it is the most focused, best sounding and most honest music I've recorded so far and I can't wait for you all to hear it. It's a bit harder edged than the earlier HOAS projects, influenced by alt rock and grunge artists like Nirvana,The Smashing Pumpkins, Radiohead, R.E.M and others in that ilk but it still retains the melodic and psychedelic influences of Pink Floyd and later period Beatles. Over the next couple of weeks I'll be adding a track listing including what the songs are about and the overall concept of the EP. Pre-save links will follow. 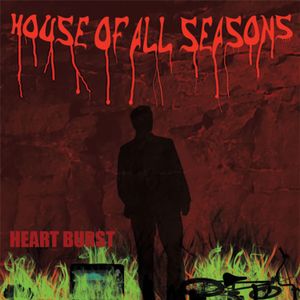 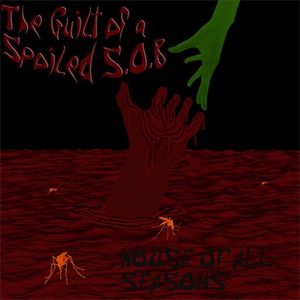 5/6/2022: Happy Friday Everyone! Great news! "The Guilt of a Spoiled S.O.B" the first single from HOAS' new EP "Heart Burst" will be released on all digital platforms Friday June 3 along with a lyric video! This has been a long time coming and I'm very proud of the results. The song is a blistering alt-rock attack on hypocrisy and the need for self-growth in the wake of that recognition. The single's artwork represents a man reaching for a healing hand. Next week I will reveal the EPs artwork and more details about the project's conception and recording.

12/4/2020: Greetings everyone, back to work again this week! Head on over to the session journal page to find out what I've been working on!

9/11/2020: Happy Friday everyone! Good news on the second album front! I am about halfway through recording the basic tracks and I'm really excited about the new album! Over the next few weeks I'll be sharing some sound bites, starting a new session journal and revealing the title of the new album!

7/3/2019: Happy pre Fourth of July everyone! I'm very happy to announce that on Friday July 5 I will be releasing a licensed cover of The Beatles classic "Help!", and here is the single art. The single will be available on itunes, cdbaby, spotify and most other online retailers. 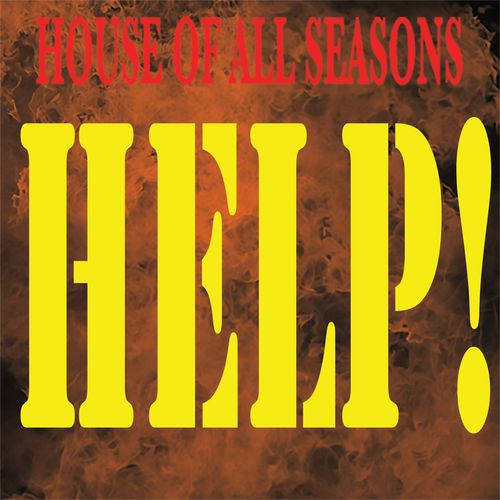 10/11/2018: Greetings everyone! House Of All Seasons is now on instagram! Be sure to hit the link and follow! www.instagram.com/houseofallseasons. More news coming soon!

2/22/2018: Hey everyone! Next Friday March 2 I will be interview on Bridgewater State University's Buenas Dias show with Nick, Heather and Mia. We'll be talking about the Making of the album, inspiration for the songs and the recording process. It's going to be a great show, Be sure to listen in

12/17/2016: Starting Blackout Now, the second single from House Of All Seasons is out now. It is an engrossing, atmospheric, ethereal ballad in the vein of The Beatles, Radiohead and Pink Floyd. Lyrically the song addresses the many controversial and divisive topics of today's world and the desire to escape from them. 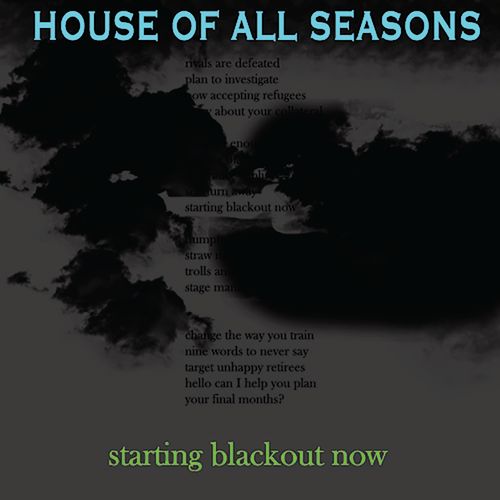 12/2/2016: Happy Friday Everyone! The album has been out for a week, thanks to everyone who has streamed and bought the album! I have extended the Black Friday sale price until Christmas Day to say thank you!

11/25/2016: Today is the day! The album is now available! You can download it from cdbaby.com, itunes.com, amazon.com and Google Play! Cdbaby customers will only be charged $6.99 for a digital download from 11/25-12/2. For those of you who prefer CDs they are in stock now at cdbaby.com. All of the lyrics are now up and more song info will be added soon. Thank you very much to everyone who helped me with this album, be sure and let me know how you like it! 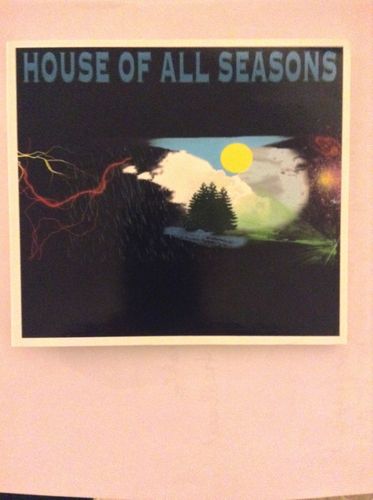 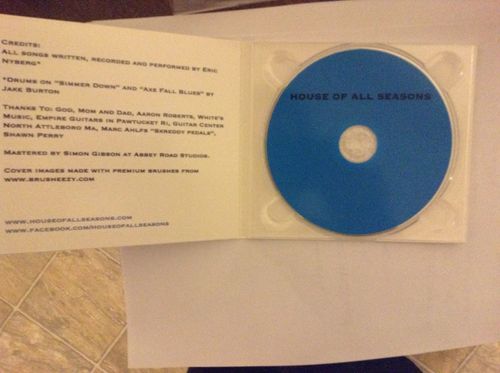 9/30/2016: GUN IT! The debut single from HOUSE OF ALL SEASONS IS OUT NOW FOR DOWNLOAD FROM CDBABY.COM, ITUNES, GOOGLE PLAY and STREAMING ON SPOTIFY!

9/23/2016: The moment you've all been waiting for has come, the official release date for House Of All Seasons will be November 25, 2016, Itunes preorder will be available in a week or so.

The debut single ,Gun It! will be available for sale from the HOAS homepage, Itunes and Spotify, and many other retailers next Friday 9/30/2016. There will be a CD release of the full length album as well but that will be on a limited basis. More release information coming soon! 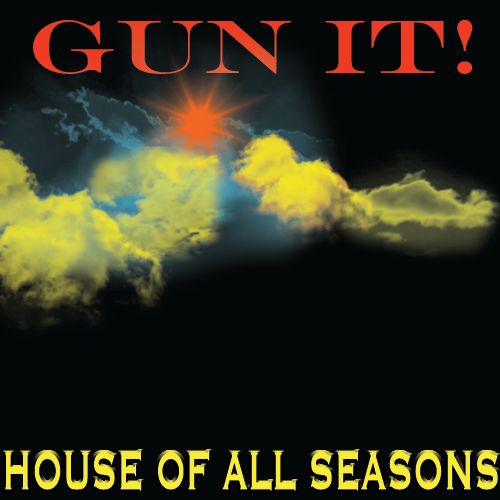 9/13/2016: HERE IT IS! THE COVER OF THE VERY FIRST HOUSE OF ALL SEASONS ALBUM!. Release date will be in November. Still determining the best route of distribution but will let you know SOON! 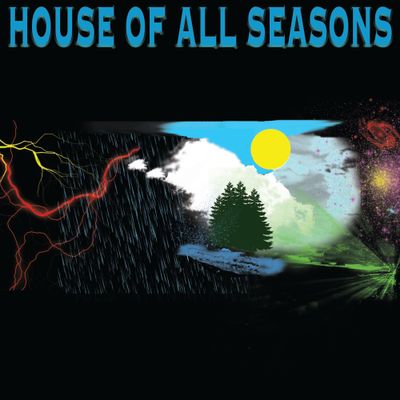 4/4/2016: Well it has been far too long since I have updated the HOAS homepage and I'm going to change that with some great news. All of the backing tracks for the album are now finished! I will be taking the next couple of weeks off to let the tracks cool off and then start recording the vocals, solos and atmospherics. I can't wait!

6/12/2015 Loud things are happening! Check out the session journal page!

5/8/2015 Greetings , a brand new session update  is now on the session journal page!

4/17/2015 Happy Friday everyone, a new session journal entry has been added with some new pics of the gear I've been using. It's been a very productive week!

4/10/2015  A brand new session update featuring pictures of some of my gear has been added, go over and take a look!

3/31/2015  Finally it's springtime! The good news is that the official recording sessions for the first album will begin in early April and I will  updating the session journal as frequently as possible.

2/13/2015 Check out the brand new session update, there's some great stuff going on.

IMPORTANT UPDATE! A TECHNICAL ISSU"E PREVENTING DOWNLOADS FROM THE FREE MUSIC PAGE HAS BEEN FIXED. YOU CAN NOW FEEL FREE TO DOWNLOAD ALL THE MUSIC HERE! SORRY ABOUT THAT-ERIC

9/3/2014 Good news! New music is up for you to download now. It is a little acoustic instrumental called Dawn Wings which I wrote one morning as the sun was coming up. Head over to the free music page and download it now! Hope you enjoy it.

8/22/2014 Using some new equipment and Dawn Wings is coming along well.

8/11/2014 Well the dog days of August are here and I've got a new little instrumental for you all to hear in the next week or two called Dawn Wings, it's a happy acoustic little thing.

7/29/2014 New journal update! Feeling great about the new songs coming! One more thing...ALL OF HOAS' RELEASED MUSIC IS NOW AVAILABLE TO DOWNLOAD FOR FREE FROM THIS SITE!

I love music and I can't get enough of it. I've loved it ever since my eighth grade music unit on The Beatles. After hearing those nearly perfect records everything changed. Music suddenly had dimension and variety to it.Popular music was no longer the simple background that it had been for me before then. I wanted more and more and soon The Rolling Stones, Pink Floyd, Elton John, Radiohead, and countless others added their own flavors to my palette. Soon the inevitable happened and I began to play and write. I've never looked back.

Taking inspiration from my various musical and personal interests, HOUSE OF ALL SEASONS is simply music for the love of it,